Paul and other prisoners sail to Italy

Acts 27 And when it was determined that we should sail into Italy, they delivered Paul and certain other prisoners unto one named Julius, a centurion of Augustus’ band. And entering into a ship of Adramyttium, we launched, meaning to sail by the coasts of Asia; one Aristarchus, a Macedonian of Thessalonica, being with us. And the next day we touched at Sidon. And Julius courteously entreated Paul, and gave him liberty to go unto his friends to refresh himself. And when we had launched from thence, we sailed under Cyprus, because the winds were contrary. And when we had sailed over the sea of Cilicia and Pamphylia, we came to Myra, a city of Lycia. And there the centurion found a ship of Alexandria sailing into Italy; and he put us therein. And when we had sailed slowly many days, and scarce were come over against Cnidus, the wind not suffering us, we sailed under Crete, over against Salmone; And, hardly passing it, came unto a place which is called The fair havens; nigh whereunto was the city of Lasea.

The voyage will be dangerous

Now when much time was spent, and when sailing was now dangerous, because the fast was now already past, Paul admonished them, And said unto them, Sirs, I perceive that this voyage will be with hurt and much damage, not only of the lading and ship, but also of our lives. Nevertheless the centurion believed the master and the owner of the ship, more than those things which were spoken by Paul. And because the haven was not commodious to winter in, the more part advised to depart thence also, if by any means they might attain to Phenice, and there to winter; which is an haven of

Crete, and lieth toward the south west and north west. And when the south wind blew softly, supposing that they had obtained their purpose, loosing thence, they sailed close by Crete. But not long after there arose against it a tempestuous wind, called Euroclydon. And when the ship was caught, and could not bear up into the wind, we let her drive. And running under a certain island which is called Clauda, we had much work to come by the boat: Which when they had taken up, they used helps, undergirding the ship; and, fearing lest they should fall into the quicksands, strake sail, and so were driven. And we being exceedingly tossed with a tempest, the next day they lightened the ship; And the third day we cast out with our own hands the tackling of the ship. And when neither sun nor stars in many days appeared, and no small tempest lay on us, all hope that we should be saved was then taken away.

An angel speaks to Paul

But after long abstinence Paul stood forth in the midst of them, and said, Sirs, ye should have hearkened unto me, and not have loosed from Crete, and to have gained this harm and loss. And now I exhort you to be of good cheer: for there shall be no loss of any man’s life among you, but of the ship. For there stood by me this night the angel of God, whose I am, and whom I serve, Saying, Fear not, Paul; thou must be brought before Caesar: and, lo, God hath given thee all them that sail with thee. Wherefore, sirs, be of good cheer: for I believe God, that it shall be even as it was told me. Howbeit we must be cast upon a certain island. But when the fourteenth night was come, as we were driven up and down in Adria, about midnight the shipmen deemed that they drew near to some country; And sounded, and found it twenty fathoms: and when they had gone a little further, they sounded again, and found it fifteen fathoms. Then fearing lest we should have fallen upon rocks, they cast four anchors out of the stern, and wished for the day. And as the shipmen were about to flee out of the ship, when they had let down the boat into the sea, under colour as though they would have cast anchors out of the foreship,

Paul advises the centurion and soldiers

Paul said to the centurion and to the soldiers, Except these abide in the ship, ye cannot be saved. Then the soldiers cut off the ropes of the boat, and let her fall off. And while the day was coming on, Paul besought them all to take meat, saying, This day is the fourteenth day that ye have tarried and continued fasting, having taken nothing. Wherefore I pray you to take some meat: for this is for your health: for there shall not an hair fall from the head of any of you. And when he had thus spoken, he took bread, and gave thanks to God in presence of them all: and when he had broken it, he began to eat. Then were they all of good cheer, and they also took some meat. And we were in all in the ship two hundred threescore and sixteen souls. And when they had eaten enough, they lightened the ship, and cast out the wheat into the sea. And when it was day, they knew not the land: but they discovered a certain creek with a shore, into the which they were minded, if it were possible, to thrust in the ship. And when they had taken up the anchors, they committed themselves unto the sea, and loosed the rudder bands, and hoised up the mainsail to the wind, and made toward shore. And falling into a place where two seas met, they ran the ship aground; and the forepart stuck fast, and remained unmoveable, but the hinder part was broken with the violence of the waves. And the soldiers’ counsel was to kill the prisoners, lest any of them should swim out, and escape. But the centurion, willing to save Paul, kept them from their purpose; and commanded that they which could swim should cast themselves first into the sea, and get to land: And the rest, some on boards, and some on broken pieces of the ship. And so it came to pass, that they escaped all safe to land.

A snake bite at Melita

Acts 28 And when they were escaped, then they knew that the island was called Melita. And the barbarous people shewed us no little kindness: for they kindled a fire, and received us every one, because of the present rain, and because of the cold. And when 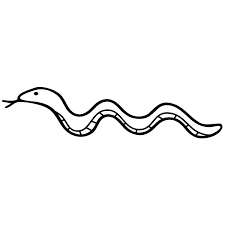 Paul had gathered a bundle of sticks, and laid them on the fire, there came a viper out of the heat, and fastened on his hand. And when the barbarians saw the venomous beast hang on his hand, they said among themselves, No doubt this man is a murderer, whom, though he hath escaped the sea, yet vengeance suffereth not to live. And he shook off the beast into the fire, and felt no harm. Howbeit they looked when he should have swollen, or fallen down dead suddenly: but after they had looked a great while, and saw no harm come to him, they changed their minds, and said that he was a god.

Paul lays hands on the sick

In the same quarters were possessions of the chief man of the island, whose name was Publius; who received us, and lodged us three days courteously. And it came to pass, that the father of Publius lay sick of a fever and of a bloody flux: to whom Paul entered in, and prayed, and laid his hands on him, and healed him. So when this was done, others also, which had diseases in the island, came, and were healed: Who also honoured us with many honours; and when we departed, they laded us with such things as were necessary. And after three months we departed in a ship of Alexandria, which had wintered in the isle, whose sign was Castor and Pollux. And 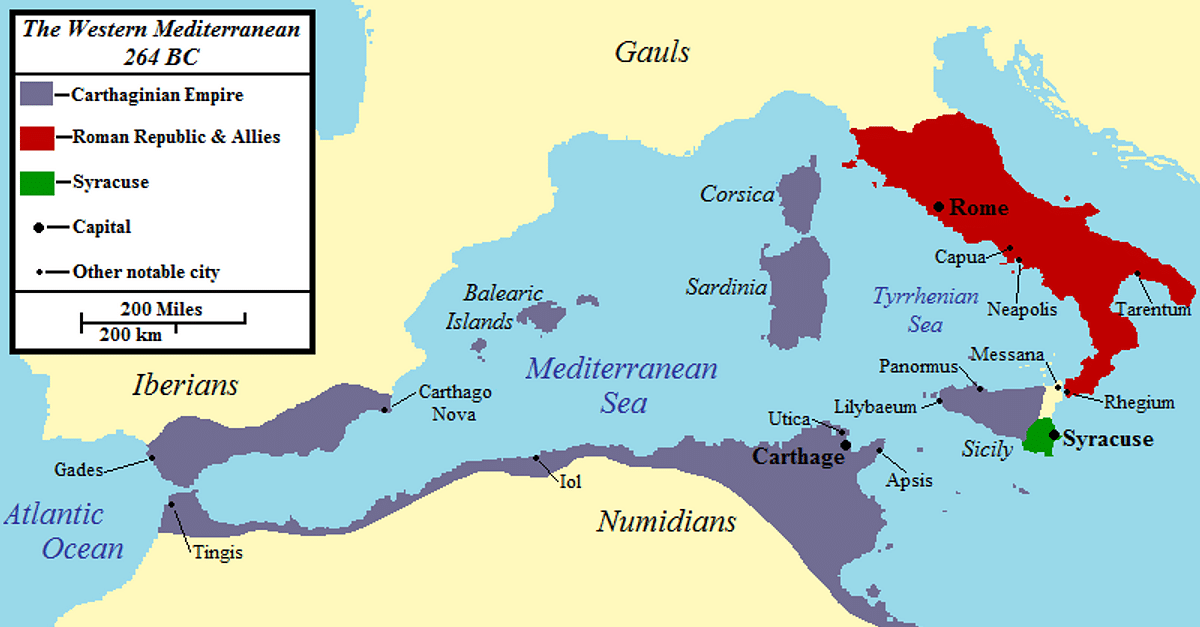 landing at Syracuse, we tarried there three days. And from thence we fetched a compass, and came to Rhegium: and after one day the south wind blew, and we came the next day to Puteoli: Where we found brethren, and were desired to tarry with them seven days: and so we went toward Rome. And from thence, when the brethren heard of us, they came to meet us as far as Appii forum, and The three taverns: whom when Paul saw, he thanked God, and took courage. And when we came to Rome, the centurion delivered the prisoners to the captain of the guard: but Paul was suffered to dwell by himself with a soldier that kept him.

And it came to pass, that after three days Paul called the chief of the Jews together: and when they were come together, he said unto them, Men and brethren, though I have committed nothing against the people, or customs of our fathers, yet was I delivered prisoner from Jerusalem into the hands of the Romans. Who, when they had examined me, would have let me go, because there was no cause of death in me. But when the Jews spake against it, I was constrained to appeal unto Caesar; not that I had ought to accuse my nation of. For this cause therefore have I called for you, to see you, and to speak with you: because that for the hope of Israel I am bound with this chain. And they said unto him, We neither received letters out of Judaea concerning thee, neither any of the brethren that came shewed or spake any harm of thee. But we desire to hear of thee what thou thinkest: for as concerning this sect, we know that every where it is spoken against. And when they had appointed him a day, there came many to him into his lodging; to whom he expounded and testified the kingdom of 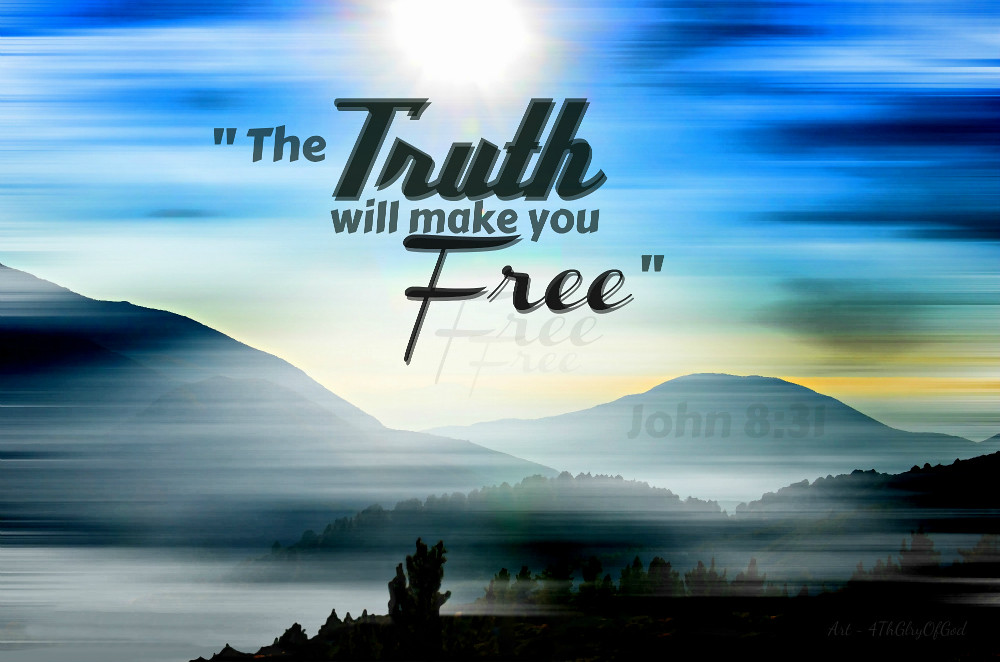 God, persuading them concerning Jesus, both out of the law of Moses, and out of the prophets, from morning till evening. And some believed the things which were spoken, and some believed not. And when they agreed not among themselves, they departed, after that Paul had spoken one word, Well spake the Holy Ghost by Esaias the prophet unto our fathers, Saying, Go unto this people, and say, Hearing ye shall hear, and shall not understand; and seeing ye shall see, and not perceive: For the heart of this people is waxed gross, and their ears are dull of hearing, and their eyes have they closed; lest they should see with their eyes, and hear with their ears, and understand with their heart, and should be converted, and I should heal them. Be it known therefore unto you, that the salvation of God is sent unto the Gentiles, and that they will hear it. And when he had said these words, the Jews departed, and had great reasoning among themselves. And Paul dwelt two whole years in his own hired house, and received all that came in unto him, Preaching the kingdom of God, and teaching those things which concern the Lord Jesus Christ, with all confidence, no man forbidding him.

Have you noticed that there is no “Amen” to the book of Acts? Praise God for the ministry of the Holy Spirit!

One thought on “The Holy Spirit part 18”