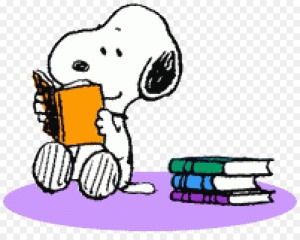 Matthew 15:1-20 Then came to Jesus scribes and Pharisees, which were of Jerusalem, saying, Why do thy disciples transgress the tradition of the elders? for they wash not their hands when they eat bread. But he answered and said unto them, Why do ye also transgress the commandment of God by your tradition? For God commanded, saying, Honour thy father and mother: and, He that curseth father or mother, let him die the death. But ye say, Whosoever shall say to his father or his mother, It is a gift, by whatsoever thou mightest be profited by me; And honour not his father or his mother, he shall be free. Thus have ye made the commandment of God of none effect by your tradition. Ye hypocrites, well did Esaias prophesy of you, saying, This people draweth nigh unto me with their mouth, and honoureth me with their lips; but their heart is far from me. But in vain they do worship me, teaching for doctrines the commandments of men. And he called the multitude, and said unto them, Hear, and understand: Not that which goeth into the mouth defileth a man; but that which cometh out of the mouth, this defileth a man. Then came his disciples, and said unto him, Knowest thou that the Pharisees were offended, after they heard this saying? But he answered and said, Every plant, which my heavenly Father hath not planted, shall be rooted up. Let them alone: they be blind leaders of the blind. And if the blind lead the blind, both shall fall into the ditch. Then answered Peter and said unto him, Declare unto us this parable. And Jesus said, Are ye also yet without understanding? Do not ye yet understand, that whatsoever entereth in at the mouth goeth into the belly, and is cast out into the draught? But those things which proceed out of the mouth come forth from the heart; and they defile the man. For out of the heart proceed evil thoughts, murders, adulteries, fornications, thefts, false witness, blasphemies: These are the things which defile a man: but to eat with unwashen hands defileth not a man.

Matthew 18:11-14 For the Son of man is come to save that which was lost. How think ye? if a man have an hundred sheep, and one of them be gone astray, doth he not leave the ninety and nine, and goeth into the mountains, and seeketh that which is gone astray? And if so be that he find it, verily I say unto you, he rejoiceth more of that sheep, than of the ninety and nine which went not astray. Even so it is not the will of your Father which is in heaven, that one of these little ones should perish.

Matthew 18:23-35 Therefore is the kingdom of heaven likened unto a certain king, which would take account of his servants. And when he had begun to reckon, one was brought unto him, which owed him ten thousand talents. But forasmuch as he had not to pay, his lord commanded him to be sold, and his wife, and children, and all that he had, and payment to be made. The servant therefore fell down, and worshipped him, saying, Lord, have patience with me, and I will pay thee all. Then the lord of that servant was moved with compassion, and loosed him, and forgave him the debt. But the same servant went out, and found one of his fellowservants, which owed him an hundred pence: and he laid hands on him, and took him by the throat, saying, Pay me that thou owest. And his fellowservant fell down at his feet, and besought him, saying, Have patience with me, and I will pay thee all. And he would not: but went and cast him into prison, till he should pay the debt. So when his fellowservants saw what was done, they were very sorry, and came and told unto their lord all that was done. Then his lord, after that he had called him, said unto him, O thou wicked servant, I forgave thee all that debt, because thou desiredst me: Shouldest not thou also have had compassion on thy fellowservant, even as I had pity on thee? And his lord was wroth, and delivered him to the tormentors, till he should pay all that was due unto him. So likewise shall my heavenly Father do also unto you, if ye from your hearts forgive not every one his brother their trespasses.

The parables of Jesus- The sower

One thought on “The parables of Jesus part- 3”