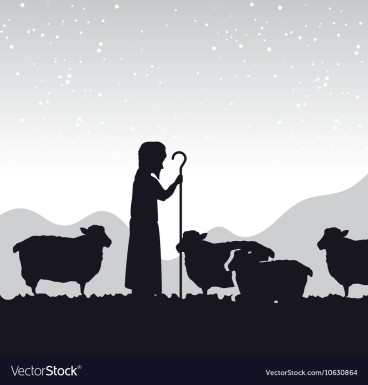 John 5:1-17 After this there was a feast of the Jews; and Jesus went up to Jerusalem. Now there is at Jerusalem by the sheep market a pool, which is called in the Hebrew tongue Bethesda, having five porches. In these lay a great multitude of impotent folk, of blind, halt, withered, waiting for the moving of the water. For an angel went down at a certain season into the pool, and troubled the water: whosoever then first after the troubling of the water stepped in was made whole of whatsoever disease he had. And a certain man was there, which had an infirmity thirty and eight years. When Jesus saw him lie, and knew that he had been now a long time in that case, he saith unto him, Wilt thou be made whole? The impotent man answered him, Sir, I have no man, when the water is troubled, to put me into the pool: but while I am coming, another steppeth down before me. Jesus saith unto him, Rise, take up thy bed, and walk. And immediately the man was made whole, and took up his bed, and walked: and on the same day was the sabbath. The Jews therefore said unto him that was cured, It is the sabbath day: it is not lawful for thee to carry thy bed. He answered them, He that made me whole, the same said unto me, Take up thy bed, and walk. Then asked they him, What man is that which said unto thee, Take up thy bed, and walk? And he that was healed wist not who it was: for Jesus had conveyed himself away, a multitude being in that place. Afterward Jesus findeth him in the temple, and said unto him, Behold, thou art made whole: sin no more, lest a worse thing come unto thee. The man departed, and told the Jews that it was Jesus, which had made him whole. And therefore did the Jews persecute Jesus, and sought to slay him, because he had done these things on the sabbath day. But Jesus answered them, My Father worketh hitherto, and I work.

John 6:1-14 After these things Jesus went over the sea of Galilee, which is the sea of Tiberias. And a great multitude followed him, because they saw his miracles which he did on them that were diseased. And Jesus went up into a mountain, and there he sat with his disciples. And the passover, a feast of the Jews, was nigh. When Jesus then lifted up his eyes, and saw a great company come unto him, he saith unto Philip, Whence shall we buy bread, that these may eat? And this he said to prove him: for he himself knew what he would do. Philip answered him, Two hundred pennyworth of bread is not sufficient for them, that every one of them may take a little. One of his disciples, Andrew, Simon Peter’s brother, saith unto him, There is a lad here, which hath five barley loaves, and two small fishes: but what are they among so many? And Jesus said, Make the men sit down. Now there was much grass in the place. So the men sat down, in number about five thousand. And Jesus took the loaves; and when he had given thanks, he distributed to the disciples, and the disciples to them that were set down; and likewise of the fishes as much as they would. When they were filled, he said unto his disciples, Gather up the fragments that remain, that nothing be lost. Therefore they gathered them together, and filled twelve baskets with the fragments of the five barley loaves, which remained over and above unto them that had eaten. Then those men, when they had seen the miracle that Jesus did, said, This is of a truth that prophet that should come into the world.

John 6:15-21 When Jesus therefore perceived that they would come and take him by force, to make him a king, he departed again into a mountain himself alone. And when even was now come, his disciples went down unto the sea, And entered into a ship, and went over the sea toward Capernaum. And it was now dark, and Jesus was not come to them. And the sea arose by reason of a great wind that blew. So when they had rowed about five and twenty or thirty furlongs, they see Jesus walking on the sea, and drawing nigh unto the ship: and they were afraid. But he saith unto them, It is I; be not afraid. Then they willingly received him into the ship: and immediately the ship was at the land whither they went.

John 8:1-11 Jesus went unto the mount of Olives. And early in the morning he came again into the temple, and all the people came unto him; and he sat down, and taught them. And the scribes and Pharisees brought unto him a woman taken in adultery; and when they had set her in the midst, They say unto him, Master, this woman was taken in adultery, in the very act. Now Moses in the law commanded us, that such should be stoned: but what sayest thou? This they said, tempting him, that they might have to accuse him. But Jesus stooped down, and with his finger wrote on the ground, as though he heard them not. So when they continued asking him, he lifted up himself, and said unto them, He that is without sin among you, let him first cast a stone at her. And again he stooped down, and wrote on the ground. And they which heard it, being convicted by their own conscience, went out one by one, beginning at the eldest, even unto the last: and Jesus was left alone, and the woman standing in the midst. When Jesus had lifted up himself, and saw none but the woman, he said unto her, Woman, where are those thine accusers? hath no man condemned thee? She said, No man, Lord. And Jesus said unto her, Neither do I condemn thee: go, and sin no more.

John 9:1-7 And as Jesus passed by, he saw a man which was blind from his birth. And his disciples asked him, saying, Master, who did sin, this man, or his parents, that he was born blind? Jesus answered, Neither hath this man sinned, nor his parents: but that the works of God should be made manifest in him. I must work the works of him that sent me, while it is day: the night cometh, when no man can work. As long as I am in the world, I am the light of the world. When he had thus spoken, he spat on the ground, and made clay of the spittle, and he anointed the eyes of the blind man with the clay, And said unto him, Go, wash in the pool of Siloam, (which is by interpretation, Sent.) He went his way therefore, and washed, and came seeing.